Essential skills
Can you trust a compass
Learning to use a map and compass is an essential skill for the mountains. Picture by Neil Reid

A compass is often regarded as a failsafe piece of kit. However, the presence of magnets in so much modern technology does render it liable to interference and even reversed polarity.

Most climbers are aware how metal, such as an ice axe, can deflect the compass needle if held too close. The same effect, and even long-term damage, can be caused by many of the things we now carry on the hill.

Some outdoor clothing and equipment manufacturers have started using magnetic fastenings instead of Velcro or zips - on jackets, rucksacks and even on gloves, and these can have a major effect on a compass needle.

Other things which can affect a compass before you even reach the hill include security loops as you enter outdoor and food stores or speakers in your car doors or on parcel shelves. 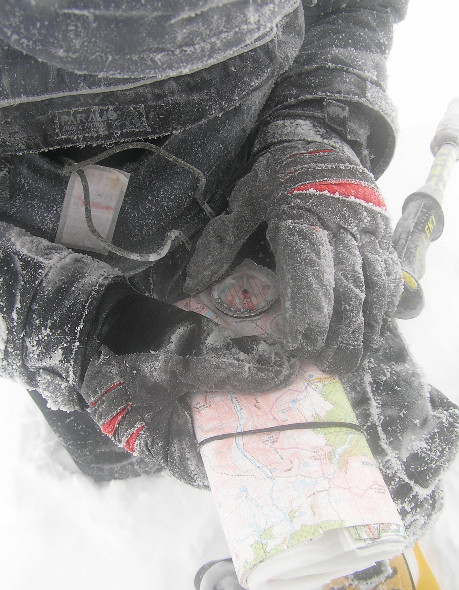 The compass needle may just be very briefly, partially or totally reversed when in close proximity to any of the items mentioned above. If the needle becomes sluggish and slow to settle (it may appear to stick and be out of balance) it has become partially reversed. If the ‘north’ arrow (usually red) is pointing to south instead of north, then your compass has become completely reversed.

A compass is a precise measuring instrument and should be treated accordingly. Your compass should be kept well away from magnets and magnetic fields which are associated with electrical circuits and ferrous metal objects.

According to Silva Ltd it is possible to correct the reversed polarity by using a strong magnet. This can be achieved by quickly flicking the magnet outwards along the ‘north’ end of the needle. Always ensure you compare with a compass that is known to be correct. However, if you are unsure how to correct your Silva compass, the company has said it will always take back and re-magnetise a compass, no matter how old it is.

Can the compass be used in its ‘reversed polarity state by using the ‘south’ instead of the ‘north’ arrow?

The needle does not invert by exactly 180 degrees, so using it in this state is not reliable.

The effect magnetism from phones and electronic devices can have on a compass is illustrated by this Glenmore Lodge video, from about 1:40:

Keep your compass in a separate location to other electronic devices you carry with you on the hill and ensure, when you are using it, that it is held well away from your body.

Ensure you read the contours on the map. You should have a very clear idea as to what should happen under your feet as you walk on your compass bearing. If this is not happening, the alarm bells should be ringing and you should re-evaluate. Find our more about navigation with a map and compass here.

Always carry a spare compass in the event of malfunction, damage or loss.

Try to get into the habit of checking that your compass is working correctly prior to leaving home.

Avoid using gloves with magnetic strips and rucksacks which have a magnet to hold a hydration tube in place.