Honorary Membership was awarded to David Foster of the Glasgow Glenmore Club in 2013, in recognition of his work for the MCofS over many years, including tenures on the Executive Committee, as Honorary Treasurer and as Treasurer of the Alex MacIntyre Memorial Hut Trust.

David served for several years on the MCofS Executive Committee before going on to hold the office of Honorary Treasurer from 1983 to 1989.

He was part of the initial meeting between the MCofS and the BMC which led to the establishment of the Alex MacIntyre Memorial Hut at Onich, one of the Scottish National Huts.

And once the hut was operational, he served as its Treasurer for nearly 30 years, until retiring from that post in April 2013. 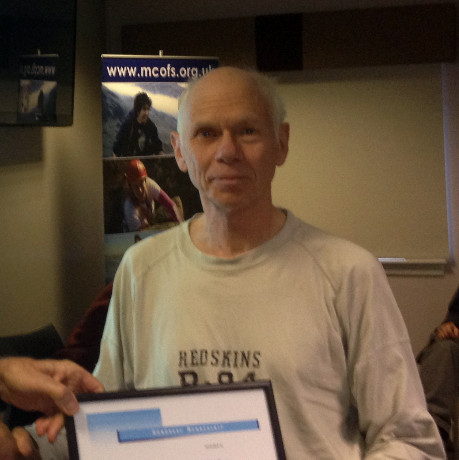