The whole point of the league is that it’s not all about who is the best on the day, but also who is willing to travel attend the different rounds throughout Scotland at an amazing selection of venues.

We missed last winter’s SNBL due to the pandemic, but climbing walls are now starting to organsie some winter competitions. SNBL uses one of the rounds from each hosting walls’ scheduled events and combines them into a league. This year we will be starting off in December and there will be a round each month after that with the final round in March. Scoring after each round will be ranked. All four scores by a competitor will be used to decide the final placings and the ‘Scottish Bouldering Champions’

All four hosting walls will be using the Griptonite on-line Scoring system. Competitors will have to download the Griptonite App (on the phone and which is free) and then search for the hosting venue to see the problems for the SNBL competition 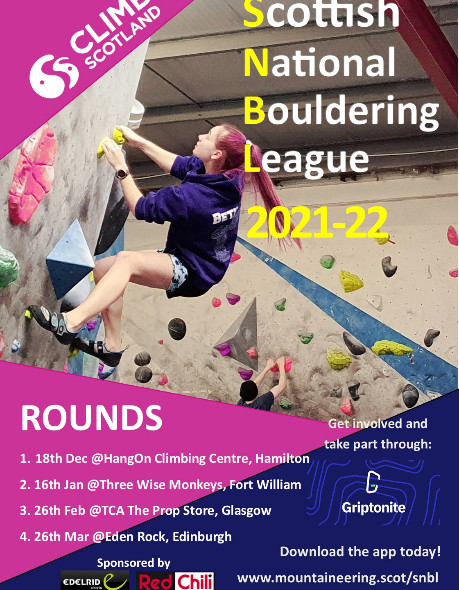 This winter’s bouldering league had its final round at Eden Rock on 26th March.

Despite a late start due to covid restrictions and only being able to run four rounds, we had a great turnout, with the biggest field in the Junior category we have seen since starting the league. Many of these are regulars who have been taking part in the YCS for years and it was good to see them now in the Junior category in SNBL.

As usual, the adult male category was the hardest fought and this, and the adult female, was dominated by climbers who have been performing well in competitions for years now. There was a Para Open category which attracted four competitors in the 2019-2020 event, but this time only Keith Lynch took part. After the first round it was clear he was competing on his own, so it was agreed he could transfer to the Male Vets and promptly won it! 2nd place went to John Craven, who came 3rd in 2020.

The female vets category was increased a little this year with new names on the podium for 1st and 2nd place and Donna Ryan placed 3rd (she was joint 4th in 2020). Thanks go to all the competitors who took part and we hope to have a normal 6 round event for next winter – see you all then.

Particular thanks go to:

Round 3 - 26th February at TCA The Prop Store, Glasgow

Check individual walls for their full list of competition dates or see our local competitions page.

To enter for the league simply attend the SNBL round at the host walls and indicate when you take part that you wish to be entered into the SNBL. There is no additional cost. The final scores and prizes will be given out at Round 4 at Eden Rock, Edinburgh.

Because each wall offers a different kind of competition and different scoring system, we rank the individual round competitors in the different categories and the ranked scores are totalled to find the winner after all the rounds have been completed. All four results are used for the final rankings.

You can see the scores and rankings after each round on the Griptonite App which is already used by all the walls for scoring their competitions.

Sponsored by Edelrid and Red Chili 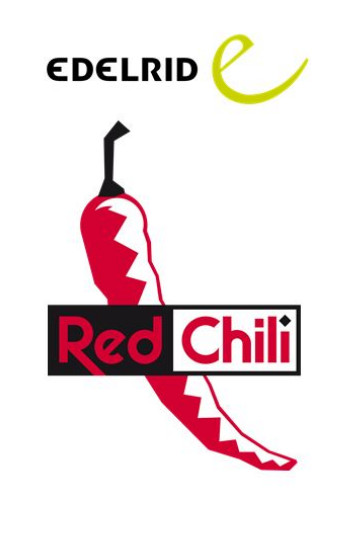