There are three main styles of outdoor climbing, and each has its own system of grading relative difficulty and (in the case of traditional climbing) seriousness. 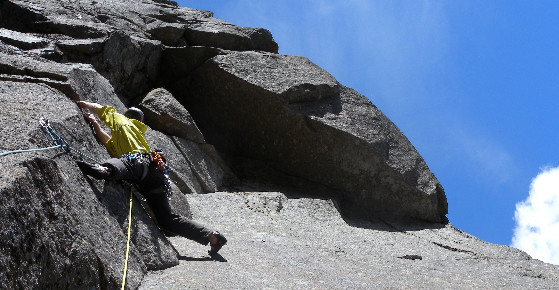 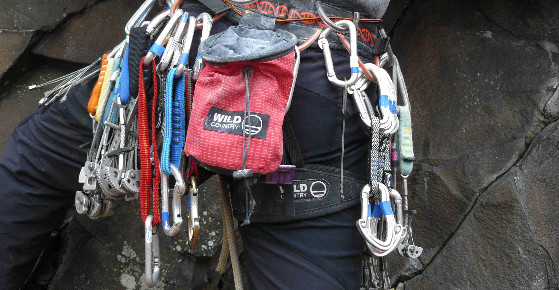 A selection of protection carried for trad climbing

This involves the use of in-situ protection from bolts. These are used for the production of fully equipped climbs and would not be used on climbs or cliffs regarded as suitable for ‘adventure’ climbing.

Low-level climbing without the use of climbing protection. Although equipment is minimal - perhaps no more than a pair of rock shoes and a chalk bag - there is a strong ethical tradition on style. You can read the Bouldering Code here.

Trad climbing in Scotland uses a two-part system where routes have an overall or adjectival grade and a technical grade. The overall grade is arrived at through a combination of the difficulty of the route and its seriousness: ie, how good the protection is, how exposed the climbing is, the quality of the rock, how strenuous the climb is and how sustained the difficulty. The overall grade will be followed by the technical grade, which relates only to the hardest technical move in the route.

Looking at the two grades together can give clues as to the nature of the route. For instance, a standard VS (Very Severe) route will have a technical grade of 4c. If, however, the technical grade is given as 4b, then you know that it is technically easier, but will be more serious, perhaps because it is sustained, or has a lack of protection. On the other hand, if it is described as VS 5a, the technical difficulty will be greater, but protection is likely to be better or the difficulty may be short-lived. 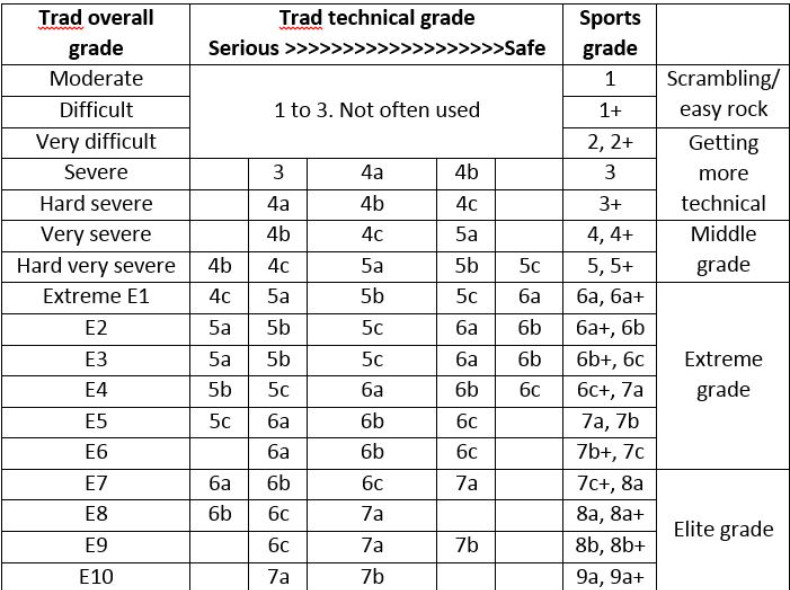