The cottage was gifted to the club in the autumn of 2014 by a very generous anonymous benefactor.   A great deal of work was needed to make it suitable for use as a club hut and also to acquire the necessary  planning permission and  building warrant for change of use. It was all made possible by the generosity and hard work of club members and their friends.

On the 15th April 2017 the cottage was officially opened by the current LSCC president, Sarah Kammer. Our picture below shows some of the 48 members and friends  present to celebrate the occasion and witness the ribbon cutting and unveiling of a commemorative plaque. 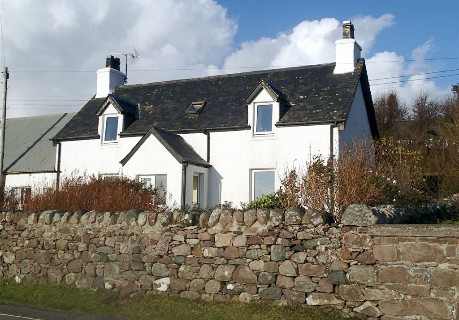 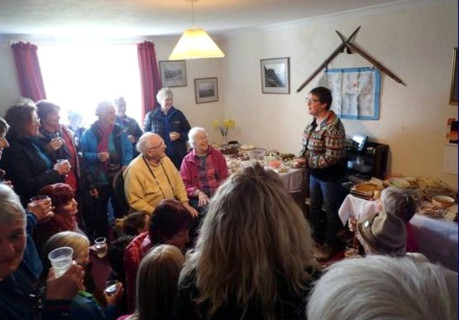 You can find out more about Ronnan Cottage at our Huts Page.

The new Braedownie Hut in Glen Clova was officially opened on the 22nd April 2017.

Over 70 past and present members of the CDMC, friends and neighbours gathered together to toast the new building and to celebrate.  It was a unique gathering of many of the scores of people who had been involved with the hut over the decade it took to build – people who had come on work meets, drawn plans, installed plumbing, donated money, or just followed the hut’s progress from afar.

Former president Katie Marwick gave an overview of the hut project before a plaque was unveiled by another former president, Brian Clark. Brian had been involved in the construction of both the old and the new huts, a true club stalwart!

Guests complimented the new hut but also inspected the site where the old hut once stood with a degree of sadness. Much reminiscing was done as this hut served the club and others well for several decades; its remains helped fuel a bonfire. Finally, everyone tucked into a barbeque and cream cakes.

All in all, this was a joyful day as the Carn Dearg Mountaineering Club celebrated its achievement in building a wonderful new hut, which will bring pleasure to many for years to come. 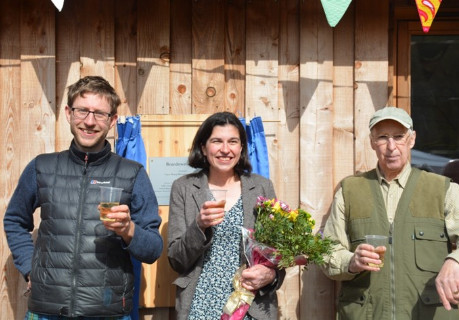 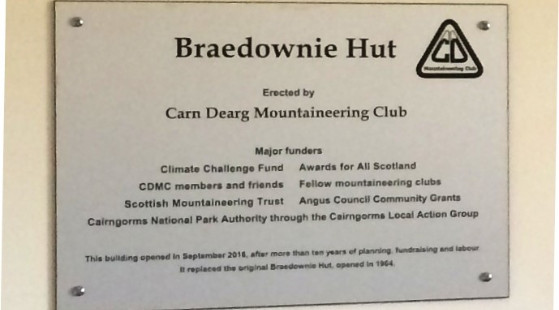 A placque at the new hut lists the major funders of the project. 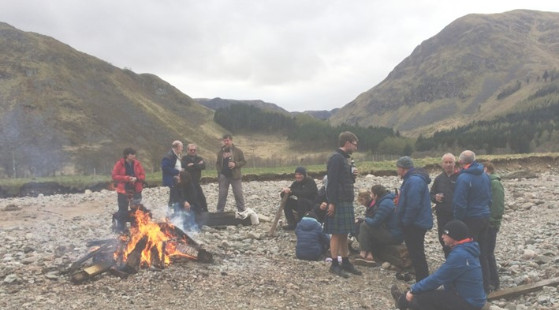 Fond memories round a campfire - fuelled by some of the old hut.

In September, after over ten years of planning, fundraising and building, the Carn Dearg Mountaineering Club’s new club hut at Braedownie in Glen Clova opened for business. The building replaces the old hut, which was 50 years old.

The new hut has two bunkrooms with Alpine-style sleeping platforms for up to 16 people. There are two toilets and a shower, a drying room.  There is a large common room, which has a wood-burning stove, with plenty of space for cooking, eating and relaxing after a hard day on the hill. The building is wheelchair-accessible to allow physically impaired users to stay overnight.

The hut is eco-friendly:  It is built of wood and well-insulated and has its own mini-sewage treatment plant, the latter a requirement because there are rare freshwater mussels in the nearby river. Previous problems with the water supply for the old hut have been resolved by digging a shallow well. 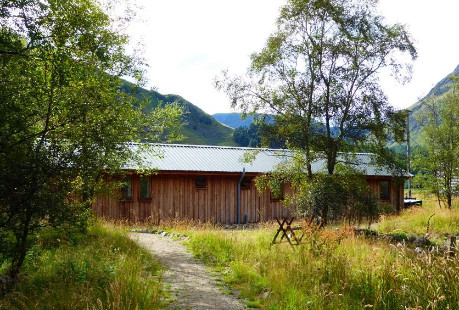 The new hut seen from the car park. 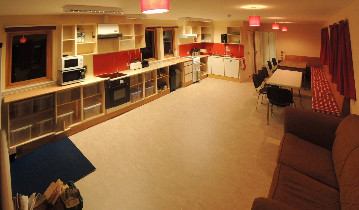 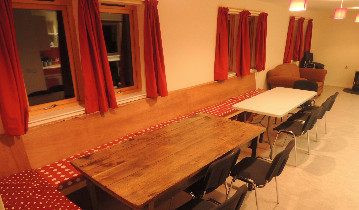 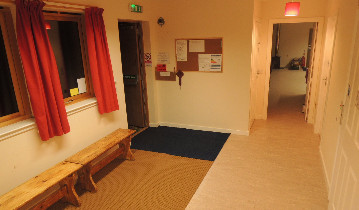